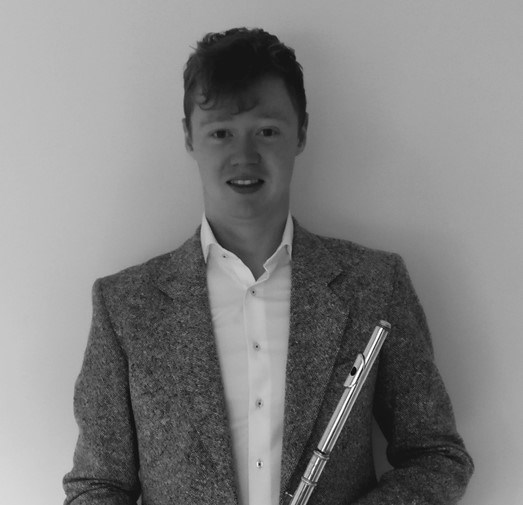 Eoin Fallon is one of Ireland’s leading young musicians, where he combines a busy career as a soloist, chamber musician, and teacher.

Eoin trained at the Academy of Music Tullamore and at the Royal Irish Academy in Dublin, where his teachers included Kevin Carberry of the Royal Air Force Band and Professor William Dowdall of the National Symphony Orchestra. Eoin also has a wealth of experience working with some of the world’s leading professional musicians, such as William Bennett, Paul Edmund-Davis and Sir James Galway.

Eoin is the former principle flute of the National Youth Orchestra of Ireland, where he performed numerous concerts during their national and international tours. Eoin has also given multiple solo performances, one of which was with the Midland Youth Orchestra, where Eoin preformed Mozart’s Flute Concerto in D major as part of an Irish TV production showcasing the top emerging musical talents in the country